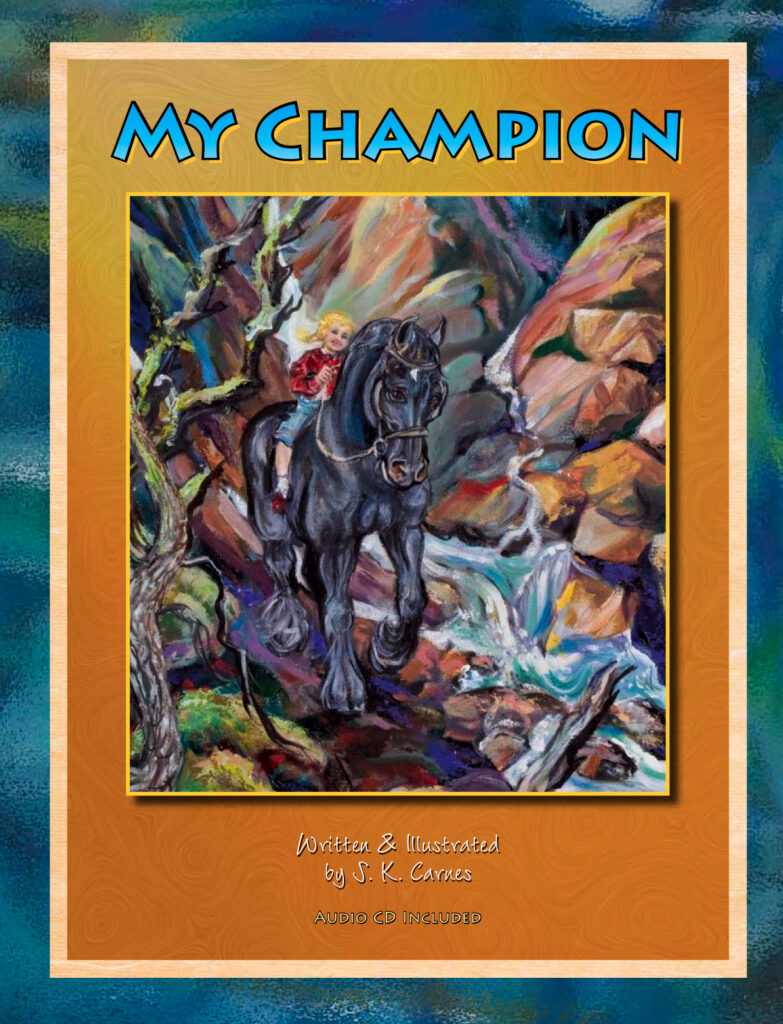 An adventuresome farm girl named Tess loves to ride Star, the plow horse, around Ramshackle Farm. Loneliness and a thirst for exploration compel her to investigate the natural wonders of her island home.

During one of their quests, Tess, Star, and Rusty the dog follow a secret island trail to magical Spring Water Pool, where they are startled to see Tess’s daydreams reflected in the waters. Tess longs to be “good enough” to fit into the island community. Never appreciating Star, she is envious of what others have. Tess dreams of winning contests riding classy, prize-winning horses. Star has only one dream left. He isn’t seeking trophies and he doesn’t need to win contests. He wants to win Tess’s heart.

In the spring of the year she is ten, Tess and Star venture along a stream outlet that takes them to Driftwood Cove. As the summer passes, Tess discovers her own creativity and is transformed by delight with what she can do with Star’s help. They create a dream home by the ocean out of driftwood and castaway treasures. The cove is a “School of the Wild” watched over by an eagle named Sky Spirit. Tess wants to know and share the cove’s secrets as Sky Spirit uses wilderness language to teach her. Unknown to Tess and Star, someone else wistfully watches them in Driftwood Cove.

On a blustery fall day, Tess, Rusty, and Star are puzzled by a vision from olden times reflected in Spring Water Pool. Star sees his proud ancestry and he is stunned by the realization. That day Tess rides her plow horse out to challenge the storm and the sea in a life and death contest only a champion could win.

The year ends as islanders embrace those who live at Ramshackle Farm. They celebrate together with parades, harvests, and a new appreciation of life. Winter brings the seasons full circle, but now Star and Tess have learned to drop the blinders and see who they really are. They are secure with their own unique identities, “good enough” just being themselves.

Susan Carnes, author and illustrator of My Champion.