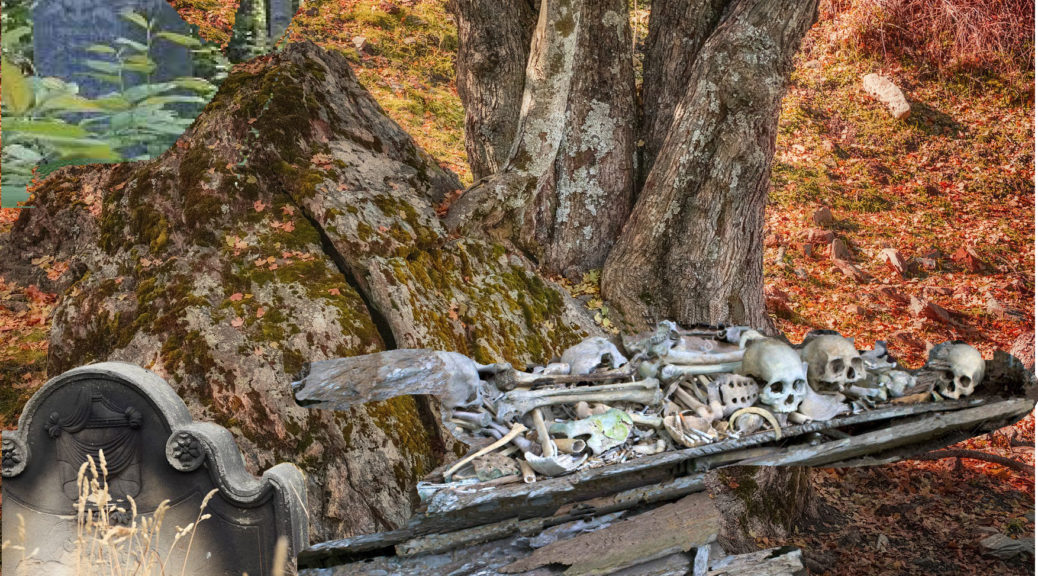 “The sea is the largest cemetery, and its slumbers sleep without a monument.” “All other graveyards show symbols of distinction between great and small, rich and poor: but in the ocean cemetery, the king, the clown, the prince and the peasant are alike, undistinguishable.”

As I walk along the entrance wall of Panteon No 2,  I am aware that the real graves are located inside.  But all along Ave. Gabriel Leyva, markers of Mazatlan’s heroes form a line  that once faced Mazatlan’s safe harbor. City fathers, philanthropists, and notable women are named, their contributions extolled on tall impressive monuments that stand in “honor’s row” along with those who sailed the blue Pacific. Though the waters are now contained by the seawall  blocks away, it is a fitting tribute that announces “Who is Who in Panteon No 2.”

I want to remember what happened here!

Even though I like to visit this cemetery, see the symbols and statues over each grave, and wonder about that  lifetime, the earliest dates on the stones are from the late 1800s. There must be earlier burial sites since there were some 3000 people at the start of the 1800s.  I want to find them and connect the dots. It seems that writing about ghosts in my new book, I fell under the spell of the old. It is dangerous, this “digging up bones,” it makes you want to know the rest of the story. 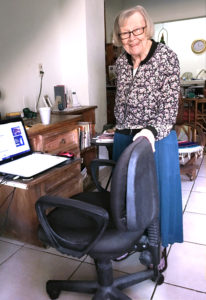 I am lucky because I now have a partner to work with who is a master at research. Bette Schwarz welcomes me into the fold of the curious wanna know mores. She works at night translating old documents, trying to understand the meaning in the Spanish words. It is map making in reverse, tracing the way back through history to the way it was then. And Mazatlan is so full of way-markers and clues. Lewis Carol wrote in Alice in Wonderland that it is a poor sort of memory that only works backwards. Wow. How timely is the idea that we can learn from the past and maybe do better! And so I am going to walk the route back in time that Bette has laid out for me and test that idea. How cool! Bette tells me that the information a genealogist finds must be shared with others. I like that the kind of redistribution where nobody loses. Its riches all around. She has been reading Oses Cole “Dictionarios,” (2006) and I have articles that indicate:

The first organized panteon in Mazatlan was located approximately between the streets 21 de Marzo, Teniente Azueta, Doctor Carvajal and Canizales and functioned until the  mid-1840s. But as the century passed, new people with no memory that it was a burial site came to build farms and then homes in the neighborhood. When digging-in foundations across these four blocks, human remains surfaced,and the place came to be called  “Barrio de las Calaveras,” The Place of the Skulls. Finally, there only remained above ground the memorial owned by the Romanillo family.

The first official cemetery (Panteon No.1) was built on the outskirts of Mazatlan, where the livestock  grazed the meadow, hence the name La Plazuela del Burro. It was between what is today Germ Evers and Hidalgo streets. It was here on the Donkey Plaza in  Panteon No. 1 that one of the most controversial characters of the port was buried: the famous “Picaluga” of Genov©s origin who also called himself “Juan Passador” and according to the anecdotes of that time his tomb was cursed. Here also, The should have been famous  Birdman of Mazatlan, Andrew Jackson Grayson was buried in the Protestant section, separated from the Catholic gravesites by a wall. With the opening of the Panteons Nos. 2 and 3, in 1870 and 1909 respectively, the city stopped burials in the first municipal cemetery.  At that time the land was owned by the German Welfare Society of Mazatlan, then represented by Federico Unger, who donated the property in 1921 to build a park there in 1924.Today it is covered over by the Plazuela Angel Flores and the school of the same  name. 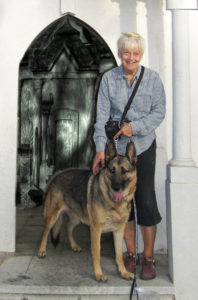 I set off to find all the oldest graveyards, to get a feel of the past, and see how they fare today. And, I’m taking my German Shepard dog Karma with me. You know-in case of ghosts seeking revenge or trying to win out in the battle of life and death!!!!!! Bette quotes a wise person saying we die three times. First at death, second at burial and lastly when forgotten. So who remembers and what’s shakin’ in these less traveled  places?

Memory is alive and well but hidden from non Spanish speakers and  my untrained eyes. I meet several living in the Barrio who dis-believe tales of graves in the neighborhood, and some who are shocked that foreigners are asking to know such secrets. But the nearby  Chapel Miraculous proclaims with it’s processions that “a city without traditions is a city without history. “Let the circle connecting times and hearts be unbroken.”

In my next blog, with the help of Bette Schwarz and Cheryl D€™Angelo ( a kind friend and fellow walker who speaks Spanish and is too polite to say “No”) I hope to crack open this mystery. The strangest thing though€”the deeper I get into these things, the more questions I have! Until next time, then, when “Them bones them bones gonna walk around!”

The Author hopes to have books at the First Friday Artwalk in Mazatlan. Click here to read reviews. Until then, going fast.

Other books by S.K Carnes: