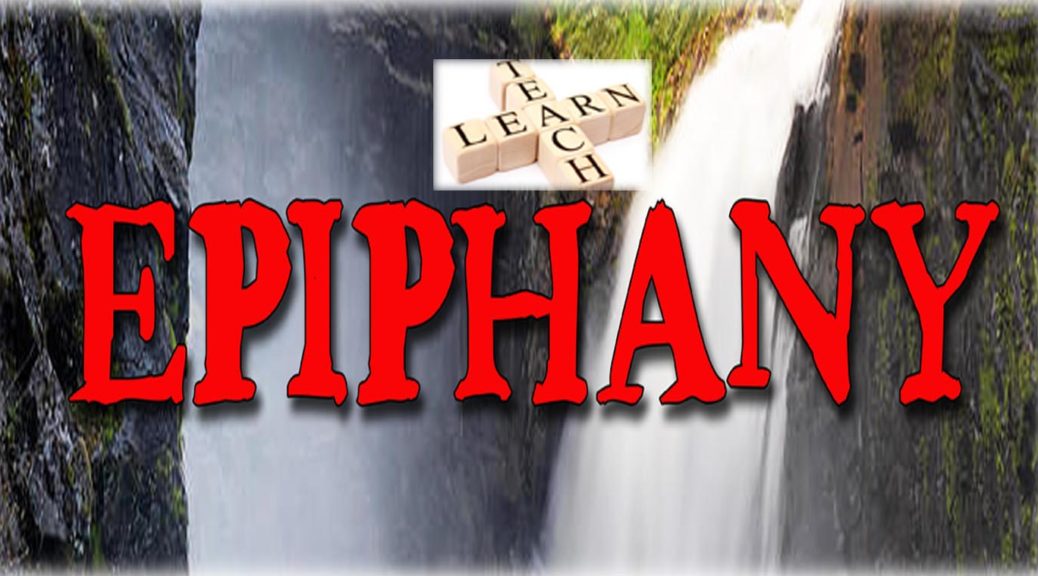 How satisfying to help youth dodge some of the obstacles that block the way forward.  And with every triumph, the teacher takes heart. It is a vicarious blooming that happens, a win-win for everyone fueled by the teacher’s need to get it right, and the student’s need for clear headed guidance. But the teacher is drawn to a subject of interest to both of them.  Let me illustrate my point:
Jenny wants to ski the big hill, but is stuck on the bunny slope until she can ski safely, and not be a hazard to others. Lori (our protagonist) never had mastered this skill, but now, working with the Special Olympics, she must teach this child with Downs Syndrome how to ski in control, and in doing so, she learns the very thing she most needs for her own freedom on the slopes. Funny how fate works isn’t it? It is like someone is up there pulling our strings so that we get to overcome shortcomings. Here is an excerpt from Epiphany that tells about the moment it all makes sense:
Lori smiled, remembering Jenny’s face, her pink cheeks wet with melting snow, her wide set blue eyes dancing with insight as she looked at the skiers traversing the slope and said “Oh- Oh I SEE.” It was an epiphany.  Being able to turn and stop meant freedom on the slopes!
Perhaps that is why Lori has become a school counselor helping Elementary School children overcome fear. Could it be that is what she most needs to learn? Have you experienced this phenomena in your own lives? Please comment.

Order the Historical Novel by S.K. Carnes,  The Way Back, recently released in all e-book stores.

Once upon a time, I accompanied my sons to a community dance. There was a young man taking tickets; I gave him mine, smiled and sat down.  No one asked me to dance of course, but I danced with each of my boys—embarrassing them. He walked over. He stopped alongside, met my eyes-green to blue, leaned close, and said three words, “you are lonely.” I was stunned. It was 37 years ago, so out of place in those days, and so out of character for him; why he was shy and younger then me by 14 years. I said nothing, but his empathy changed my life.
Empathy opens up the door
To “not alone” any more.
What bliss, what joy, and what a ride
When feelings become verified
I saw it happen sometimes in treatment for alcoholism. Using an “old style” the counselor, with the tenacity of a bulldog, shakes the man by the throat with harsh truth, shattering his wall of pretenses, leaving him lying broken, weeping and defenseless. This particular time, when he was satisfied that his client’s facade of denial was broken, the counselor nodded at me and left the room. When I spoke, it was not me speaking but something through me; using words I didn’t think of, I whispered to the man what he needed to hear.  He cried in my arms, begging me to “say it again,…tell me again.” It was the beginning of his recovery.
Empathy sets feelings free
When someone cares enough to see
The shameful thing you’ve tried to hide
Takes your hand, stands by your side
The doctor in charge of the Chronic Pain Center asked each of his therapists to assist him in his “special procedure,” choosing between us as he saw fit. When he asked me for the first time and I agreed, it was a trip to another dimension. The patient was lying on a table; Dr. Neil began with therapeutic touch as if it was to be a massage. But Neil was practiced in knowing, and when he reached a place—different for each patient—a place where some memory lay sleeping, he woke it with sensitive fingers and words that called it by name. How did he know? Neil could not have explained that. But with the touch and empathy, feelings, long locked away, burst forth in shouts and screams that terrified me, and then came sobs of shame and grief. Captivated, I helped by speaking what needed to be said, although I didn’t know any such words. When it was over, the patient left much relieved. I was trembling and white. Neil said, “shake the energy off-it does not belong to you,” and he showed me how to do just that—for my sake, and so that he could get back to being himself.
Overcome by senseless pain
Despairing to be well again
Who would think that he could be
Healed with words of empathy
[contact-form-7 404 "Not Found"]

After a long day of lifting stuff,
yanking, piling, dragging stuff,
shriveled and bent
from carrying the weight of the world
alone,
I wander in, set down the load,
and lose myself
to the music.
Look around
Watch the sun-break of song
erase lines of toil
from young again faces
As the master weaves waterfalls
and sounding whales
with threads of footfalls measuring time
for the music.
Memories, like autumn leaves
on the sighs of wind in trees
long ago cut and made into paper,
dance a flurry about.
As the fiddler fancy steps the beat,
his flying fingers
speaking secrets.
Abracadabra, and the curtain of keeping time unlocks,
so we can slip unencumbered into timeless space
together,
with the music.