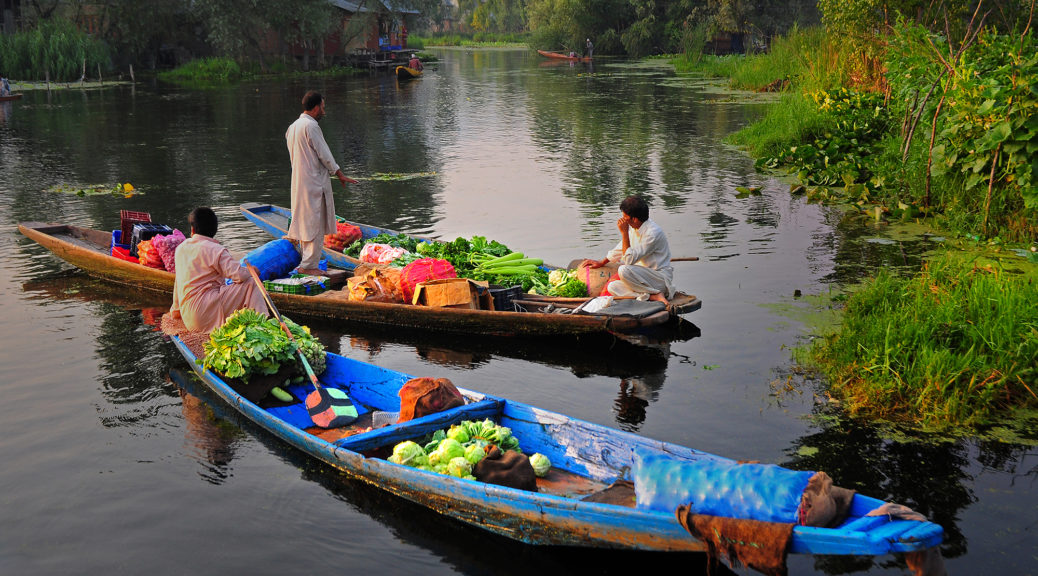 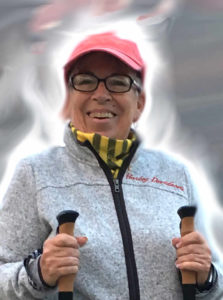 and myself are off to investigate the Barrio of Skulls , the Chapel Miraculous, ghosts, rumors and tales. We have our marching papers,  Chief investigator Bette Schwarz has sluiced the Con Agua Report from  the internet in her relentless search for the truth. She also holds dear several books by Oses Cole that are probably priceless by now. 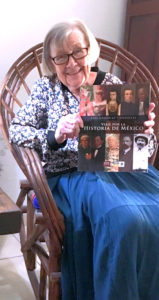 As we trudge along, I explain to Cheryl that me and “Babel Fish” aim to unravel  research written in Spanish in hopes that  our visitors will be dazzled by  “tidbits of history” we extract.  How great to expand the mind!  I’ll say, Guess  what happened here? And everyone will love it. Right Cheryl?

When I use that line with Bette, she scolds me about my ghost book, saying if you torture the data long enough, you can get it to confess to anything! Ghosts even I remind her that I am from Friday Harbor. I grew up listening to Joe Friday. Just the facts Maam.” But I say it with a wink. Bette has her eye on me you know, she likes to tell it like it is. And was!

The Grid? What Grid?

Cheryl points out that the streets we are walking along curve, and some of them disappear all together because they are not laid out on a grid but follow the mud line of high tide in the estuaries and the beach.  Never fear, our gal Cheryl has her feet on the ground. She has been reading a fascinating thesis written by Dr. Leticia Alvarado Fuentes and is fast becoming an expert on how the original streets were named.

The Midas Touch Wins Out 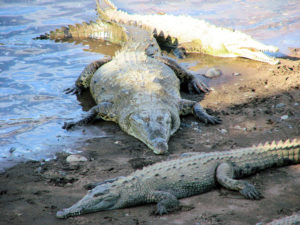 Yep-Mazatl  was great for hiding pirates, treasures and a specialized type of antelope called hooded deer almost extinct now. At the beginning 17th Century attempts to settle in however were twice abandoned,  the hills and estuaries dubbed unlivable. Historians say the soil was salty, the water was not acceptable as water goes, lest to ingest it and it smelled bad too. Dangerous bugs, monsters and rats lived in the estuaries. Floods and YEEK! HURRICANES! But in the late 1500’s, silver and gold had been discovered in the foothills to the East. Overland transport to the Port of Acapulco was dangerous and expensive.  Mazatlan’s harbor was world class and deep enough for any boat in the 1600s. The place lacked water but had the “Midas Touch” so of course there was another attempt at settling in, and this third time was the charm.

We are crossing Calle Belisario Dominguez,  aptly called Principle. This first trail  began with a nascent farmhouse called Puerto Viejo on San Felix Bay (today North Beach)and crossed Mazatlan to the sheltered inner harbor,  where tree trunk boats, each carrying up to 5 tons of fruits, seeds and livestock, plowed the estuary trade routes. Villa Union (where the first would-be settlers had built farms) and many other places where there was good water and rich soil for growing things, supplied food and water to Mazatlan. It was a time when the estuaries were primary routes  for communication and supplies between tribes and towns. Everyone pitched in, the slaves and Indians that worked the fabled mines married in, and the First Town took the name: Mazatl de los Mulatos. In distant Spain, visitors brought alarming news of  disorder, chaos, and terrible living conditions, but like a bad weed, the city sprang up. Urban sprawl spilled fast and faster across flood zones between the watchtower hills manned by the “brown Militia.” It was an out of control race, a material boom-time to “hurry-up” before Mexico thought about regulations and taxes!

People called “mules” were bent double under the weight of precious metals headed out to the world. Every language was spoken except religion.  Not a lot of that. Nor was there reliable water enough to sustain a big brawling city. The early folks were not so interested in planning a great city as they were in “getting rich” and maybe “getting out” if need be, especially those from other nations. San Felix was crowded with ships coming mostly from Europe, Asia, and North America; proudly waving flags of England, France, Italy Holland, Spain, the Americas and Ecuador. Commercial houses spawned fabulous fortunes  from trade in silver and gold, opium and contraband. And the characters that came to Old Mazatlan ? Salty, uncivilized, fearless, heroic and legendary! I remind myself that they walked these very streets and shiver to imagine such ghosts as they would be. By 1855 the very diverse population of Mazatl was 6773 . Regional markets had grown to include the States of Sinaloa, Sonora, Chihuahua, Durango, Zacatecas, Jalisco, Nayuarit, Baja California and Alta california.Until the railroads gave ease of transport to inland cities, Mazatl was Mexicos most important Pacific port.

Bette Schwarz is researching the water systems that served Mazatl . And the streets? Cheryl says she is On it!” Stay tuned to hear some tales about them as we head for the center of the old city and the Barrio of Skulls. As for me, I aim to solve the mystery of how that neighborhood got that name. Tune in next week for answers. Just the facts. Well, maybe a little fancy to add some flourish. 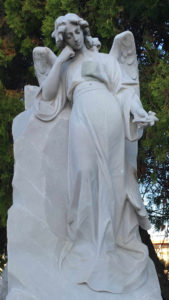 NEWS FLASH: The City is going to restore Panteon No. 2 to its original glory. Congratulations go to Joaquin Lopez Hernandez for his “Graveyard Tours” (called by fellow historians stupendous citizen efforts) that inspired Gringos, tourists and the Powers That Be!!!!! Hooray.  A city justly proud of Her History!!!!! Mazatl

I have written a song to celebrate!

The Author will have books at the First Friday Artwalk in Mazatlan. Click here to read reviews. Until then, going fast. Call 981-8072.