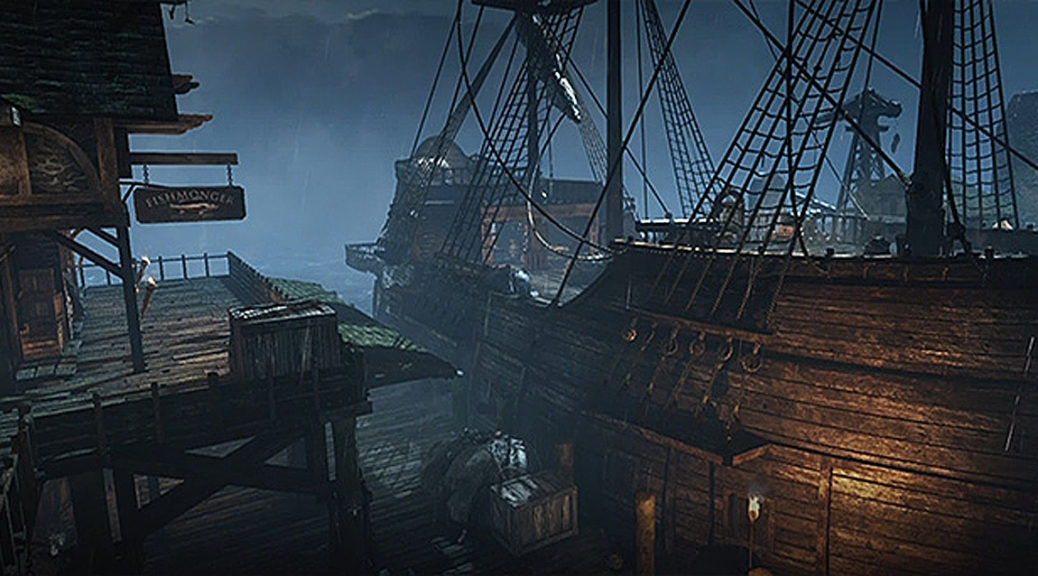 “Sure, ‘historical’ is a great idea, but why fiction?” you ask. For me, it has to be because of the ghosts. You see, I want to tell history from then, but it’s now. How to do that? And while you ponder the riddle of time and space, consider the focus of my next book of historical fiction, the haunted Hotel Belmar in Mazatlan Mexico.
This will be my fourth book. And,  I am excited about writing it. Why? Because  I am learning like crazy about this place.


When I look back in time, especially after I have finished something, I see why events have happened.  So,  as I piece together the history of the Belmar in Mazatlan, I can see it alive and young through the eyes of those who experienced it that way, and realize that it is not too late because I have met the people to help me tell the story. A coincidence? And we bought a house on Angel Flores in the historical zone of Old Mazatlan.  The above picture is of our street, several years after the Belmar was up and running as the first Mexican luxury Hotel on the water.  It was taken in 1923 by American Edward Weston who, along with Tina Modotti, his model and a famous photographer herself,  made the  Belmar their home in Mazatlan.

Weston  wrote: “We found life both gay and sad, but always life — vital, intense, black and white but never gray.” Weston made a historic photo in Mazatlán, a classic called ” The great white cloud in Mazatlán”, labeling it one of his finest and most significant photographs, as it meant an artistic departure from figurative into abstract art, or negatives with intention as opposed to matter-of-fact records. I think about the ghosts in my writing just that way.
I am scribbling every day, reading dozens of books, and searching/translating the Internet for bits and pieces of facts and fancy, What fun. And along the way, I have learned some Spanish. Oh, I do love treasure hunting. Don’t you? Well stay tuned and I will share some gems with you to reflect on.

It will take me a year to complete this book.  In the meantime, order the historical novel by S.K. Carnes,  The Way Back, A Soldiers Journey.  Enjoy a sample reading below!

And now out as a paperback, Epiphany. Starting Over in Oregon. Go to  amzn.to/2nasO9S
Also a Kindle book:
amzn.to/2bFQnme 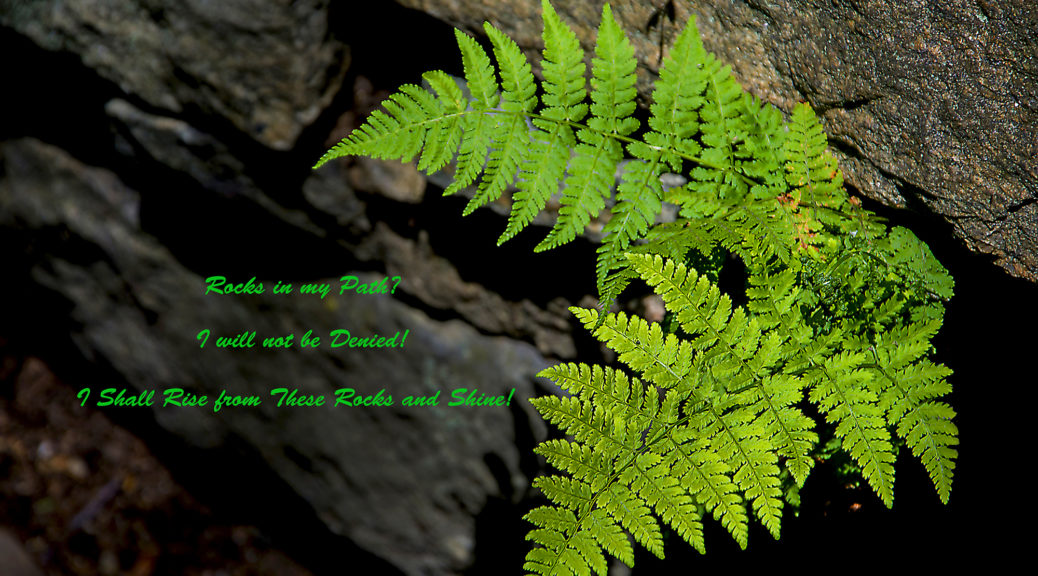 We do not have to accept a new perspective, it might be too frightening.  Indeed, the saying goes— “Better the devil you know than the devil you don’t.”  It reminds me of a story of a mouse that lived in a cramped space but discovered an opening into a new room.  She entered, but got so scared by the vastness, that she ran back to her small life.  Here is a poem-long puzzled over by many, addressing that very way of thinking.

Locked In
By Ingemar Gustafson

All my life I lived in a coconut.
It was cramped and dark.
Especially in the morning when I had to shave.
But what pained me most was that I had no way
to get into touch with the outside world.
If no one out there happened to find the coconut,
If no one cracked it, then I was doomed
to live all my life in the nut, ad maybe even die there.
I died in the coconut.
A couple of years later they found the coconut,
cracked it, and found me shrunk and crumpled inside.
“What an accident!”
“If only we had found it earlier…”
“Then maybe we could have saved him.”
“Maybe there are more of them locked in like that.”
“Whom we might be able to save,”
they said, and started knocking to pieces every coconut
within reach.
No use! Meaningless! A waste of time!
A person who chooses to live in a coconut!
Such a nut is one in a million!
But I have a brother-in-law who lives in an acorn.

But many do choose to “break through” limits and limiting beliefs.  I recall skiing with Special Olympics when a young woman with Down syndrome had the courage to seize insight and move through her own “Magic Door!”

Jenny glowed , her eyes bright as if a light  had suddenly come on inside her mind. “Oh I see,” she said. After years on the bunny slope turning and stopping her skiis, she had made it to the big hill at last, but when she fell dismounting the lift, knocking over a whole crowd of fellow Special Olympians come to cheer her on, she lay flat on her back watching other skiers navigate the high slopes. It was then that she announced that she “got it.” Finally, all the years of turning and stopping made sense. It was as if she had found a key that opened a magic door and she left the safety of the bunny slope forever.


[contact-form-7 404 "Not Found"]
Dear Friends:
I am announcing the birth of my novel, The Way Back. Please download and read it.  It is in all e-book formats. The low price of this e-book of historical fiction is on purpose, in hopes you will write a short review on your e-book page.
This is my second book, a love letter to the veterans of all our wars; I hoped to capture Wisconsin, Lake Superior, our farm and the sacred space of the dairy barn in words. It was a tall order. What words could illuminate my parent’s dreams; what expressions would honor the Ojibwa, and the Manitou of the land? Longing to share the untamed and proud, the gentle, yet fierce spirit of the Great North Woods as I knew it, I sought to immortalize those who lived there. Oh to feel again the velvet breath of the horses against my cheek! I wrote about life and death, about philosophy and love and how to find the way forward on The Way Back. True enough, John Chapman’s poetry seethes with anguish, but the sweetness of his spirit sings to you in his words forged in the trenches of World War I, and formed by the hand of fortune rolling out the dice. I promise you will know him and hope you will love him —as I did.
I am inviting you to be my guest on this heartfelt journey into the heartland.
http://bit.ly/SoldiersJourney
Thanks,
Susan Carnes 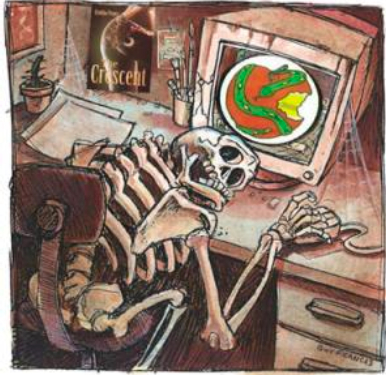 Writing my first novel was a truly unforgettable experience.

When I began this novel,
Booked a trip into my head,
The task nagged at me daily
Pulled me often from my bed,
Ripped asunder memory’s curtain,
Left me threadbare, weak, uncertain,
Chasing after, never knowing where I’m led.
Soon skeletons come creeping
From my closet to my page.
Lost in a sea of feeling,
Adrift in fear and rage,
Tis an impossible endeavor.
That will surely take forever
With no promise of succeeding and no wage!
I neglect my household duties,
Out of contact, out of sight.
My family may disown me,
Disturbed by what I write.
But lets forget the ticking clock,
For out beyond the writers block,
Words are waiting and may just come to light.
And now that it is finished, (See the Review below)
I’ve begun to write another book!
The Way Back  is in two e-book stores (all of them very soon).  Below is the link to Amazon’s Kindle where The Way Back is amazingly inexpensive . If you like it, please write a short review for Amazon and me.  http://bit.ly/SoldiersJourney

The Way Back: A Soldier’s Journey by S.K. Carnes tells the story of John Chapman, a World War I veteran with PTSD and a poet’s soul. He finds work as a farmhand with a dairy farming family who, in their own stalwart, beholden-to-no-one way, help him find the ‘way back’ to wellness and a happy life. The narrative is a kind of historical/poetic frame story, weaving together the lives of three generations of characters through the central prism of Chapman’s journal, found in a barn being torn down in present day Wisconsin and lovingly shared by the author as a tribute to Chapman.
The Way Back: A Soldier’s Journey alternately features lush and lyrical narration, Chapman’s poems (copied from his journal), carefully researched historical and cultural references from World War I through the Great Depression and the dawning of World War II, and colloquial Wisconsin dialogue that is as heartwarming and educational as it is funny in that particularly wry Midwestern way that can only be depicted accurately by a native. S.K. Carnes is a gifted writer at the top of her game, capturing the images and episodes of an era and a heartland lifestyle that is rapidly vanishing from the American consciousness with a clarity and poetic vision that render the narrative unique and compelling. In an early glimpse of Chapman, Carnes describes her quiet hero as having “Muckelty-dun eyes rimmed in blue … eyes of that color could steal your heart away.” Prose like that does not come along every day!
The Way Back: A Soldier’s Journey has something to please any reader – romance, history, adventure, drama, poetry, a quietly epic feel, a magnificently rendered landscape, and eclectic characters unlike any of the ‘ho-hum’ heroes of lesser fiction. Having once entered John Chapman’s world, readers will want to linger, holding close one of the most pure-of-heart and earnestly crafted narratives in recent memory.